To optimize the handling of calls

As part of the project, we analyzed customer calls and helped set up a call center with professional consultants.

A A little about our client's existing business: the company has 9 retail outlets located in different parts of the city, one of them is a Central warehouse with 10,000 SKUs. The site was used as a showcase, not as a source of sales. 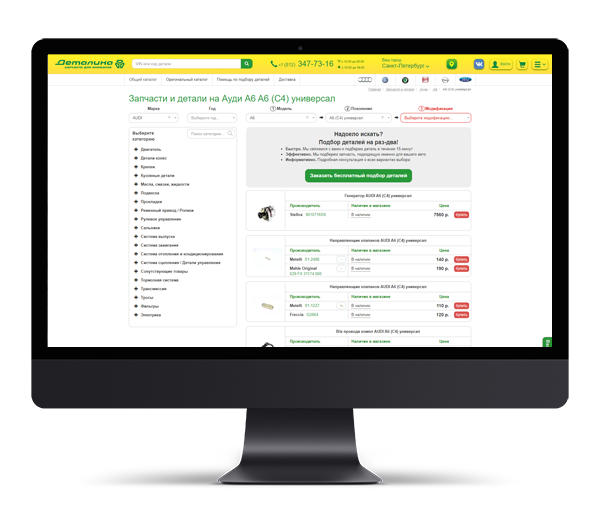 The main user scenario looked like this: the customer called one of the phones (in this case, the call was transferred to one of the sellers at the point of sale), received advice and reserved the product at one of the outlets. 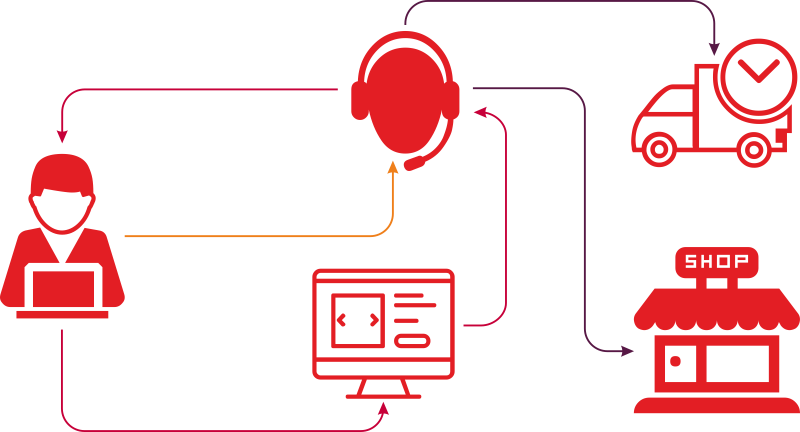 After analyzing the calls, we found that both regular customers and customers attracted to the site called. At the same time, the average response time in significantly exceeded 15 seconds. This was due to the fact that the operators were sellers at retail outlets that were often busy serving customers), and the call was transferred alternately from point to point.

Customers who called needed advice on the selection of necessary spare parts, their analogues and related products. Even when an order was received from the site, a call was required to clarify the VIN number of the car and clarify the compatibility of spare parts. The logical solution was to set up your own call center with professional consultants.

Before implementing the call center within six months, while there was a selection of applicants, an experiment was conducted: the site was posted only a General phone Internet shop, and calls were treated the sellers were successively in the office (in case the consultant was engaged, the call is transferred to DeGarmo of operator on the market). In addition to evaluating the effectiveness of such a scheme, it became possible to catch errors when communicating with customers and further improve the quality of service and increase sales. 64% of calls were received from the site, 82% ended with a sale (booking - the percentage of refusals for reserves is 7%). We have fixed these values and started working with new employees.

First of all, employees were trained at retail outlets to get acquainted with colleagues, and get acquainted with all aspects of the company's work. In this project, it was necessary to level the work conditions of sellers and consultants, the main arguments were: their equal professional level and the possibility of replacement for the holiday period. The hiring of consultants required a review of the bonus system for sellers. Previously, the bonus part took into account only sales of a specific point, but now most of them were determined from the total sales of the company. This way we managed to solve the problem of internal competition - online service and offline retail outlets, since the promotion of the site affected the profit level of each of them.

Number of calls to the online store

Conversion of calls to sales and reserves
Our recent works