How to fail a project and make everyone hate you

Unfortunately, the conflict that occurs at the final stage of the project is laid at the initial stages. And both sides of it are laid. Let's look at a few situations in more detail.

In any project, we deal with two visions of the project: the expectation of the customer and the representation of the performer.

The customer's expectations are their subjective vision of the future project and the work they expect, as well as their experience in implementing such projects. You can't demand professional knowledge from the customer, but you can expect a professional approach from them. The task of the contractor is to collect as much information as possible about these expectations and define the project boundaries that will suit the customer.

In addition to meeting expectations (if the performer does not want this to be their last project with this client), it is desirable to exceed them (as many books on client orientation have been written about, for example, Carl Sewell's “Clients for life”).

The performer's representation consists of collected information and experience in solving such tasks (sometimes template solutions become a significant obstacle to understanding the project's features).

The discrepancy between these two visions will remain in any case, and it is the task of both sides to reduce this difference as much as possible. 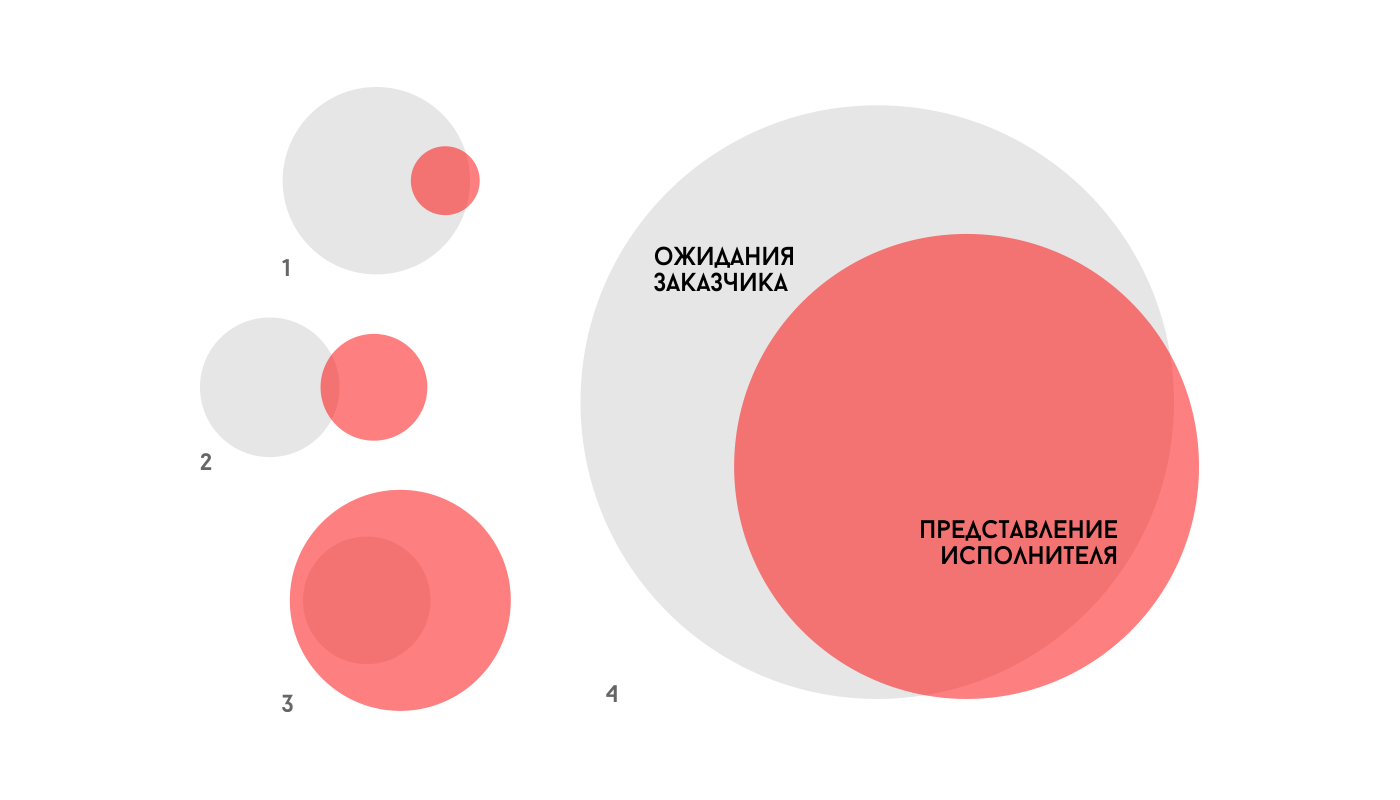 Let's go into a little more detail. If the technical task is written by the performer, its representation will almost exactly match the boundaries of this TOR (diagram on the right). But not rare cases in which those. the task is developed by a third-party company, so it is possible to deviate from both existing points of view. So the vision of the project is just as important (diagram on the left) - it is always closer to who will use the product. 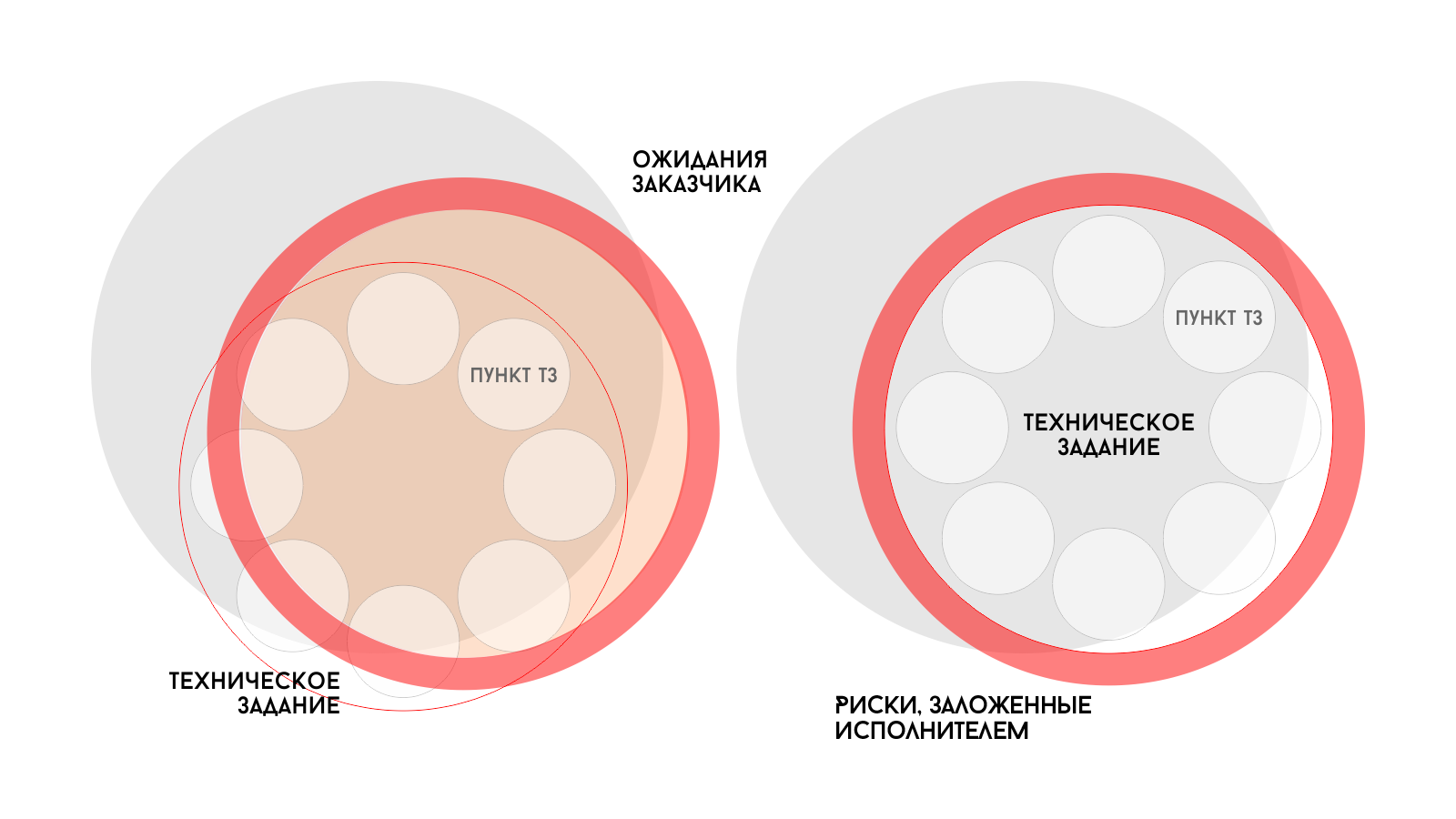 The contractor always provides a certain risks, such as in pricing, and in the drafting of the document. In this way, there is a small area of work outside the TOR that the contractor has put in the project, but not described in the documents.

It is important to note that the performer is already ready to go to work that will fall in this area (the"asteroid belt"). But until the project is completed, you do not know what kind of work can be “placed” in it, so we recommend that you do not insist on the implementation of a particular wish, but save them until you receive the main points of those. tasks. 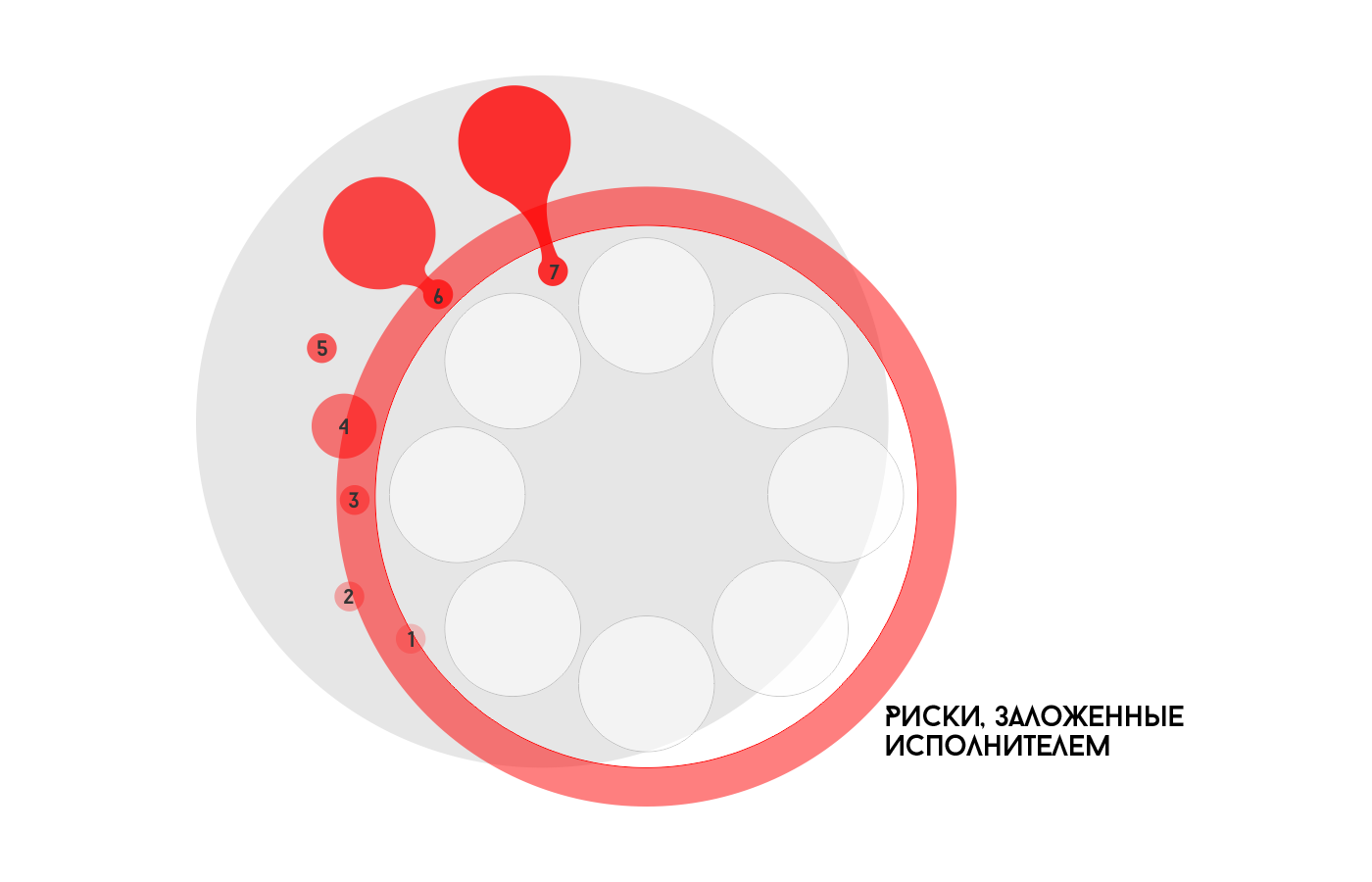 Let's look at what these tasks are that can fall into this “belt”.

Who is a professional customer

No, this is not the customer who launches the 10th project, provides all the information himself, and is loyal to mistakes (because everyone makes them). There are such people, but it's easier for them to do everything themselves - why do they need you?

The customer's professionalism is shown in several ways:

I hope that this knowledge will help you avoid problems in your projects and allow you to look at the situation through the eyes of your partner.