How do I become a professional customer?

The ability to effectively organize work by contractors becomes an extremely important skill.In this article, we want to discuss the qualities required for a customer representative or their team to successfully implement the project, and we will analyze several microkeys.

Why is it important to be a professional customer?

As you can see, the success of the project depends more on the customer than on the performer.

It is important to distinguish two levels in which customers usually act : the "Director “(General Director, owner, founder, a certain final instance) and the” product Manager" (the one who leads a direct dialogue with the contractor).

Professional performers are always interested in how any decisions are made in the customer's company. This is necessary in order to determine the LPR (decision-maker). If the “Director” remains such a LPR in the presence of a product Manager, then this already indicates his unprofessionalism, and the Manager becomes just a transfer link.

So we come to the fact that we have identified the first sign of unprofessionalism. 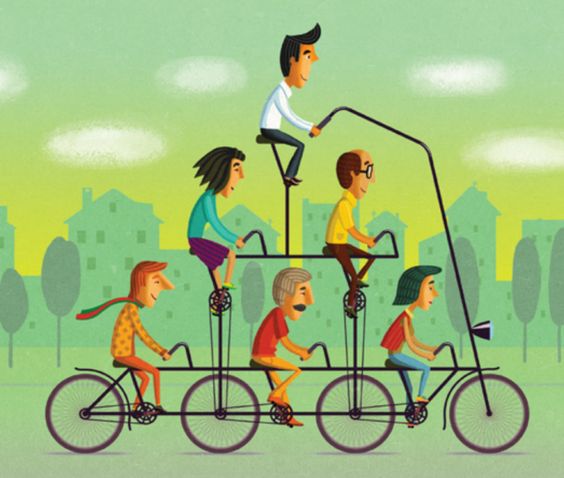 Unfortunately, our area is quite common “syndrome hyperopic” the Directors of companies.

We have repeatedly encountered the fact that the heads of large companies (more than 100 people) interfered, for example, in where, at what prices and in what volume the office is purchased.

The reasons for this " disease” are well known and described in the literature (Delegation and management. Brian Tracy). The main reason for this is the inability of the Manager to grow with the company.

The thesis that the company's development is limited to the development of its Manager is well known. And if you look at the development of startups, you will see that from a certain point on, the founders move away from direct management, delegating it to professional managers. They do this simply because, with all their desire to learn, their company outstrips their ability to learn.

You can look at the situation from the other side, if you hire an employee as a specialist in some area, and you can not trust him - why did you hire him?

Ability to think in numbers 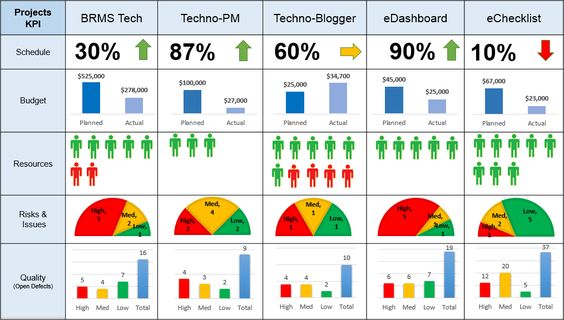 This is the next necessary skill after delegation. Naturally delegated tasks should be monitored.

- But what should be the measure of such control?
- Only digit.
"What numbers?"

The site development has reached the final stage, approvals were received at all stages, and deadlines were met. But 2 weeks before the launch of the project, the Director took a new look at the design during his vacation, and decided that it needed to be redesigned. As a result, the project was launched 4 months later.

In this case, we do not understand whether the original design was good or it became better after processing. The issue here is two mistakes made-the decision was made over the head of this project Manager (about a month after the launch of the project, he left the company). He was not allowed to implement his professional vision of the project, and as a result, the final KPI indicators of the project at the time of launch were significantly lower.

If the Manager for some reason wants to interfere in some aspect, the only correct way is to discuss and recommend. But the final decision should remain with the employee responsible for the product as a whole.

If we talk about design, this is the subjective area where the opinion of one person, even the highest position in the company can not exceed the opinion of end customers, and even more so, it is developed taking into account their preferences. The design can have quite objective indicators - sales, conversions, etc. The only possible limitation is the company's philosophy. 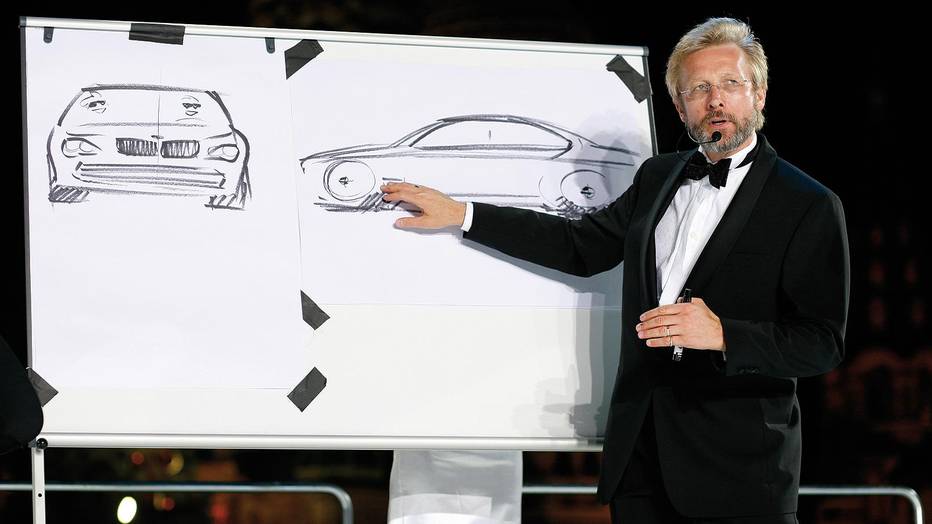 Here is an example from world practice. In 1992, Chris Bengl joined BMW as chief designer and worked there until 2007. His projects are implemented despite the rejection of both part of the management and fans of the brand. But as a result, the sales volume grows 4.5 times, and the global market share increases from 0.5% to 1.82% (in 2017, it was only 1.77%).

Defining criteria for selecting a contractor

Naturally, a professional Manager will not impose a contractor on the employee responsible for the project. Otherwise, this will initially create unequal conditions. The Manager will understand that the range of his decisions is limited, and this may prevent the establishment of productive contact with such a contractor, and the contractor will know that the decision can be lobbied through the Manager's head, i.e., he will no longer be the same LPR. As a result, if there is a disagreement between the parties, such a Manager will be involved in its resolution, which will further aggravate the situation, which will put the project at risk.

The most correct way in this case is to hold a tender and the decision should remain with the Manager based on objective grounds.

Another aspect is that the Customer must trust the performer to make a number of professional decisions. The Manager himself cannot have the same knowledge as a specialist. Its task is also to delegate some of the private decision - making to the discretion of the specialist. It is extremely difficult to achieve such trust with imposed contractors.

The founder of a number of companies is in a friendly relationship with the head of the contractor. Projects related to the contractor's activities go to that friend, while managers leading the project from the customer's side are not given the choice and the opportunity to influence the terms of cooperation. As a result, the Manager is dismissed after a few months, the Manager is forced to dive into the details of the project, and the project starts significantly behind schedule.

One of the main criteria for selecting a contractor should be the ability of the contractor to dive into the project, and the Manager must be able to broadcast the necessary information.

The estimated cost of the project can also not be a decisive factor, and experienced employees are well aware of this.

In General, the cost of the project has already been determined - the question is how much of it will be paid for with money, how much with lost time, nerves, and damaged relationships. Only the first resource is recoverable.

Choose a contractor whose expertise and competence you trust. You can collect feedback from other customers who have worked with the proposed Manager or team as a whole.

Ability to listen to other professionals 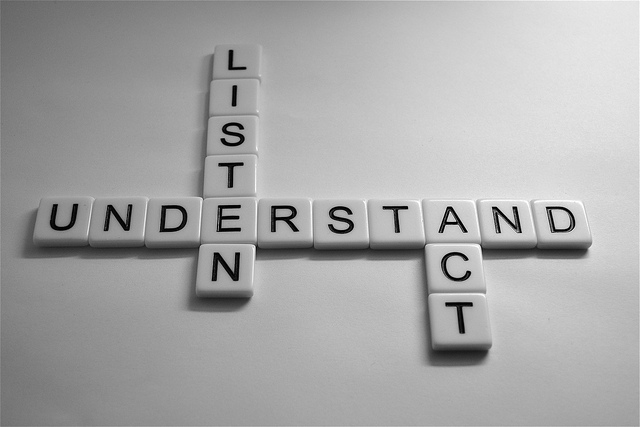 This skill " grows” from delegation and the ability to choose a contractor. When discussing technical solutions, you need to be able to determine the result, not the way to achieve it.

The customer wanted to implement a large-scale project. The startup did not have a popularity hypothesis test other than a discussion with a few potentially interested clients. The client didn't have a clear enough idea of the project's functionality. He was helped to describe it, and strongly recommended to launch it in stages, adhering to the Pareto principle. Divide them into stages and adjust them as the project progresses. As a result, the client chose another contractor, and 2 years later the project was not launched.

The performer will be happy to share their experience with you and offer the best solution. Unsuccessful solutions are often offered when you do not pass on some of the information. 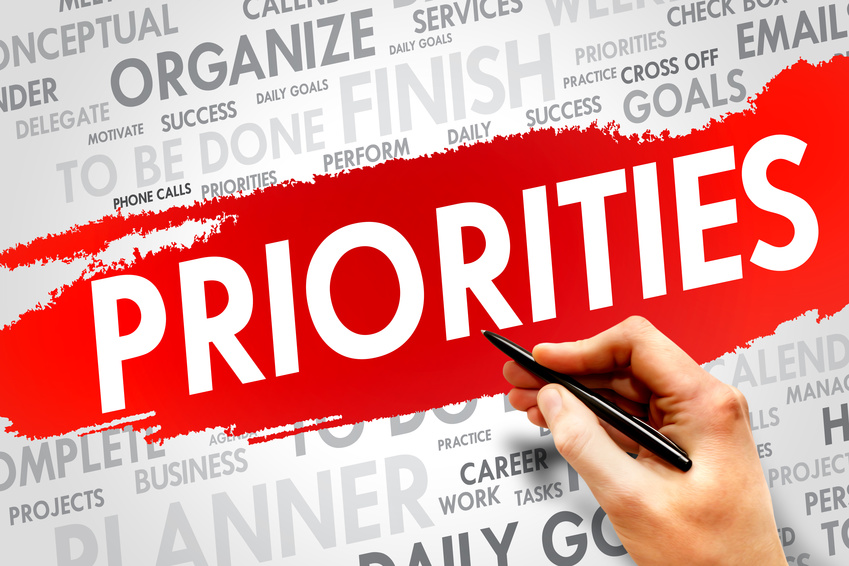 The ability to identify priorities and communicate them to the team is an extremely important quality. Setting priorities in the whole project, as well as priorities in small details, allows you to structure your work and plan it more effectively.

Imagine a General moving his army from flank to flank during a battle. The troops will spend more energy on maneuvers than on the battle itself.

It is not uncommon for a large number of changes to be made urgently during a project launch. The customer's natural desire is for all of them to be made at the same time (and preferably yesterday). If there are too many tasks, you can select the ones that are quiet, or which functional area they belong to, and process them according to their priority, depending on the main functions of the project.

For the convenience and peace of mind of the Customer for the first time after the launch, there was an agreement on responding to critical errors in the 24/7 format. Half of the requests were related to minor flaws in minor sections of the project that did not affect the project's KPI. Failure to immediately correct it was considered by the Customer as a violation of the agreement.

Banal, Yes,but if you trust the contractor to make technological decisions, but do not give direct answers to specific questions, mutual trust should not be expected.

Both sides are interested in making a profit. The more transparent their relationship, the lower the risks, and therefore either lower the cost or higher the profit of each of the parties. And Vice versa, if the contractor does not trust you, it will seek to put risks in the cost of the project.

The main part of the problems arises from the lack of transparency in how decisions are made, especially related to the acceptance of works or their stages and payment of invoices. If both of these actions depend on something (sometimes on the presentation to the founder, who appears in the country once every 2 months and does not always find the time), then this information must be communicated to the contractor.

One Studio, repeatedly faced with non-fulfillment of the terms of the contract by customers, revised the terms of work. The new format offered 60% prepayment, the amount of which covered all the costs of the Studio for the project and 10% profit. The Studio's competitiveness has significantly decreased. As a result, Customers significantly overpaid, and the Studio lost a number of orders.

The client, having received the project and started its commercial operation for 4 months, weekly postponed the acceptance of works under the pretext of high workload in connection with the launch of the project. having lost confidence in the partner, the performer was forced to transfer communication at the beginning to formal compliance with the terms of the contract, and then connecting lawyers to go to court, which was won by them.

And of course, all the promises related to finances. Don't promise if you're not 100% sure. If the question is not in your competence, then honestly talk about it, and broadcast the answer from the one in whose competence this question is.

Record all agreements. A summary of the meeting, conversation recordings (made with the consent of the other party) will never be superfluous. Remember that for managers, perhaps, there is no worse situation in which there are only the opposite words of their subordinates.